Views Expressed Disclaimer, or, Use At Your Own Risk.

This disclaimer informs the readers/viewer that the views, thoughts, and opinions expressed on this page belong solely to the author, and not necessarily to owners of this website, the author’s employer, organization, committee or other group or individual.

None of the authors, contributors, administrators, owner, or anyone else connected with this website, in any way whatsoever, can be responsible for your use of the information contained in or linked from these web pages. Any action you take upon the information on this website is strictly at your own risk.

This page may contain copyrighted material, the use of which has not always been specifically authorized by the copyright owner. We are using this material in an effort to advance understanding of issues of the use of cannabis and we believe that this constitutes fair use of the material in accordance with Title 17 U.S.C. Section 107.

Will You Fail A Drug Test While Taking CBD Hemp Extract?

Many Americans enjoy the benefits of using hemp extract products. Even though one doesn’t get high on hemp products, they cause people to feel relaxed, may decrease chronic pain and could help in preventing and treating inflammation but you may be wondering if it is safe for you to take or will you fail a drug test using CBD? This article provides some tips and tricks about hemp products and drug tests, so if you want to remain employed (or snag that great new job}, read on.

CBD Hemp Extract can be made from the cannabinoids found in the whole plant, or just taken from the stocks and stems of the plant. As long as the plant contains less than 0.3% THC, it can be considered a hemp plant. If it contains over 0.3% THC then the same plant would be considered a marijuana plant. This is important to note because technically they are from the same species, C. Sativa, the primary factor for the legality of the plant in question is simply the ratio of cannabinoids.

Whole plant hemp CBD typically (taken from the mature flowers of the hemp plant) has a far greater chance to be over the legal limit of 0.3%. Even hemp varietals that have had their THC genes completely turned off through selective breading will still be above the legal limit for what constitutes hemp when harvested at maturity. Regulators understand this, and this is typically why farmers will have their hemp crops tested as early as 28 days before harvest. This ensures that THC levels are below the legal limit. Why is this important to know? Because that “legal” whole-plant hemp extract product you purchased at the store, might just have quite a bit more THC then you were expecting.

Full-spectrum means that the oil or product contains all the cannabinoids that are found in the cannabis plant in nature, rather than just CBD (Cannabidiol). Obviously, an extract that still has a trace amount of THC has more potential for a false positive. We’ll save the discussion as to why a full-spectrum extract might be the most effective product for your aliments for another article, where we discuss in detail the entourage effect…

Broad-spectrum means that the oil or product contains all the cannabinoids that are found in the cannabis plant in nature, except the THC has been completely removed. Broad-spectrum products have recently become more available in the market place. Typically they are more expensive as they require an additional level of processing to completely remove the THC while still leaving the rest of the cannabinoids intact. If you are concerned about a drug test but still want to try the full plant profile, broad-spectrum next best thing to full-spectrum extract.

CBD Isolate the purest form of CBD, typically found in the 99.9% chemically pure range. Sometimes called CBD crystals, Isolate is just purified CBD that has been extracted from industrial hemp and isolated from other cannabinoids. If you are concerned about a drug test that may include a full cannabinoid profile, Isolate could be an option that will still allow you to benefit from CBD. However, taking a CBD Isolate is typically considered the least effective method to administer cannabinoids. Not simply because of it’s filtered nature, it can be made from the lowest quality plant material, but because you miss out on the beneficial entourage effect of a full spectrum extract.

Various Tests That May Be Administered

It’s equally important to know the differences between the various types of drug tests. Find out what type of test your employer or prospective employer has used in the past. Some of the most common methods include testing one’s urine, saliva, blood, and hair.

These tests typically target delta9-tetrahydrocannabinol, also known as THC, the psychoactive part of the plant. Employer-administered drug tests, though are not generally designed to test for the broad range of other cannabinoids that are in hemp extract.

Most businesses use urine testing because it’s cheaper and for what it tests, it’s highly reliable. Someone who only uses cannabis products every once in a while will usually test negative about three weeks after their last use. But, if they use partake regularly, it could take up to three months, before all traces of cannabinoids are out of your system.

However, you still might not be in the clear, depending on how you use hemp products, including hemp oils and extracts. Recent studies indicate that when someone actually eats foods made with hemp oils, they can test positive when the employer screens for a full cannabinoid profile by urine or blood.

Watch Out for Lab Testing Methods That Could Give False Positives

Another new development, according to the New York Times article, “CBD or THC? Common Drug Test Can’t Tell the Difference”#1  there is a very common testing method that will give false positives.

“The drug testing method in question involves a common chemical analysis device called a gas-chromatography mass-spectrometry, or GC-MS, machine. Most such devices require the drug testing lab to add a chemical to a sample in order to identify trace amounts of illicit compounds, in a process called derivatization. Labs can perform derivatization using a variety of chemical agents, but one of the most common is called trifluoroacetic anhydride, or TFAA.

According to the 2012 journal article#2, TFAA, when used by a GC-MS machine, was unable to discern between CBD and THC. If a person who used only CBD was given a drug test that employed this device, method, and chemical, the results would falsely report the presence of THC.”

Error on the Side of Caution

While the types of tests that can give false positives, might be avoided with proper planning, it’s important for people who are in the military, have kids that they are giving CBD to, or are on parole, exercise extra caution. If you are tested and have been using hemp CBD products be sure to tell the test administrator about your use of CBD. Make sure to request your test results be performed by a lab that uses the more precise testing technique “High-Performance Liquid Chromatography”.

Of course, safety-wise, because all of these products do contain various cannabinoids, and full-spectrum does contain trace amounts of THC. If you are in one of the previously mentioned situations where a failed test is a potentially irreparably life-damaging event. We recommend, (to be sure that you will pass your drug screen), that you DO NOT ingest these products. 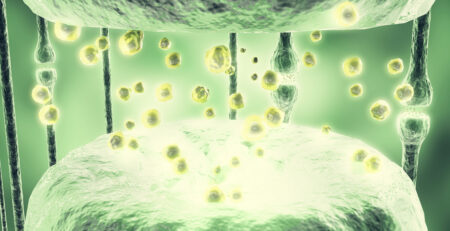 What Is The Endocannabinoid System? An ECS primer 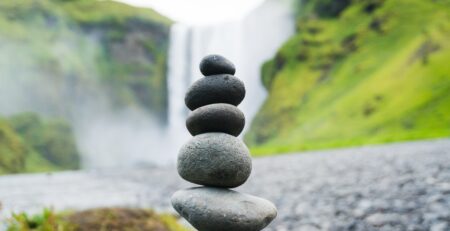 When you’re trying to decide what kind of dosage strength you want to try for your first Hemp Extract oil, the terms and strengths might seem sort of confusing. If you’ve already tried to read the numbers you see... read more 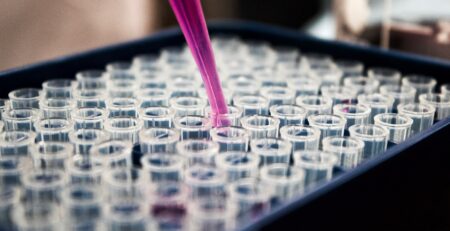 Will You Fail A Drug Test While Taking CBD Hemp Extract?

Many Americans enjoy the benefits of using hemp extract products. Even though one doesn't get high on hemp products, they cause people to feel relaxed, may decrease chronic pain and could help in preventing and treating inflammation. This article... read more

When you’re trying to decide what kind of dosage strength you want to try for your first Hemp Extract oil, the terms and strengths might seem sort of confusing. If you’ve already tried to read the numbers you see... read more